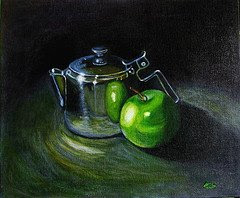 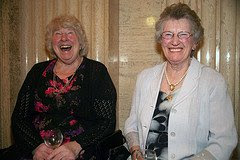 Central to Mrs Clinton’s claim of an important Northern Ireland role is a meeting she attended in Belfast in with [sic] a group of women from cross-community groups. "I actually went to Northern Ireland more than my husband did," she said in Nashua, New Hampshire on January 6th.

"I remember a meeting that I pulled together in Belfast, in the town hall there, bringing together for the first time Catholics and Protestants from both traditions, having them sitting a room where they had never been before with each other because they don’t go to school together, they don’t live together and it was only in large measure because I really asked them to come that they were there.

"And I wasn’t sure it was going to be very successful and finally a Catholic woman on one side of the table said, ’You know, every time my husband leaves for work in the morning I worry he won’t come home at night.

"And then a Protestant woman on the other side said, ’Every time my son tries to go out at night I worry he won’t come home again’. And suddenly instead of seeing each other as caricatures and stereotypes they saw each other as human beings and the slow, hard work of peace-making could move forward."

There is no record of a meeting at Belfast City Hall, though Mrs Clinton attended a ceremony there when her husband turned on the Christmas tree lights in November 1995. The former First Lady appears to be referring a 50-minute event the same day, arranged by the US Consulate, the same day at the Lamp Lighter Café on the city’s Ormeau Road.

The "Belfast Telegraph" reported the next day that the café meeting was crammed with reporters, cameramen and Secret Service agents. Conversation "seemed a little bit stilted, a little prepared at times" and Mrs Clinton admired a stainless steel tea pot, which was duly given to her, for keeping the brew "so nice and hot".

Do read the whole account for perhaps a fairer treatment and the real photo of the event in question.
Posted by A.F. at 4:49 AM