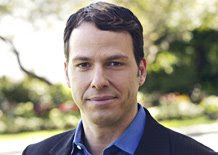 Original photo and article here, at the ABC News Site:

"Last August, I ran into Sen. Barack Obama, D-Illinois, outside the Senate chamber in the Capitol...

As any close friend or family member can attest, I have an unusually keen sense of smell and immediately I smelled cigarette smoke on Obama. Frankly, he reeked of cigarettes.

Obama ran off before I could ask him if he'd just snuck a smoke, so I called his campaign.

They denied it. He'd quit months before, in February, they insisted. He chewed nicorette.

But I knew what I'd smelled and I asked his campaign to double-check and to ask him if he'd had a cigarette.

They reported back that he had told them he hadn't had a cigarette since he quit.

And maybe that was true. Maybe I imagined the cigarette smoke. My olfactory nerve somehow misfired.

Except….last night on MSNBC's Hardball, Obama admitted that his attempt to wean himself from the vile tobacco weed had not been entirely successful.

“I fell off the wagon a couple times during the course of it, and then was able to get back on," he said. "But it is a struggle like everything else.”

Now I wonder about last August.

It's not a big deal in the scheme of things -- the war on Iraq, a major economic crisis -- indeed, it's miniscule. Hardly worth mentioning.

Except that I don't like feeling that I wasn't being dealt with honestly. And as much as citizens who are suspect of the media might scoff at such a notion, many of us consider ourselves to be your representatives to help make sure our leaders are telling us the truth, and leading the country down a path we're confident is the right one. (Corny, I know.)

This isn't the only time I've felt that way about the Obama campaign, of course -- its response to the Austan Goolsbee controversy was a profile in dissembling. (Not that Sens. Hillary Clinton and John McCain or their campaigns are entirely innocent in this area either. Or even that Obama is necessarily the worst offender.)

Jake Tapper, ABC News Senior National Correspondent, I ask you (and the rest of the "press" corp), could you have used your "unusually keen sense of smell" to have determined that the build up to the Iraq war reeked precisely of shit? And that question is just a beginning. Anybody else who believes that this article exemplifies what is wrong with both our press and our country at large, please feel free to use this as a venue for further questions for Jake Tapper and his ilk.

Since you take your role as my "representative" so seriously, I think it's my right as an American to call "any close friend or family member" of yours, Jake Tapper, and double check your claim of extranormal olfactory skill. I hope for your sake that the claim is false because it's blatantly clear to me that your head is completely up your ass. If they support your claim, I'll call them back and ask them to double check. If they support it again, I'll haughtily concede that perhaps my uncanny ability to notice lazy, apathetic, intellectually devoid "reporting" is "misfiring" on me. But still, I'll feel a little cheated, you see, because I like to believe that the function of a free press is to provide me with information I need to make critical decisions pertinent to my best interests in a "democratic society."

Frankly, right now, I wish that the Senator had blown a huge toke of that "vile tobacco weed" straight into your face, the same way you're blowing smoke up my ass.

Jake Tapper, I hear that In Touch Magazine is hiring. You could use your above article as a representative sample of your work.
Posted by A.F. at 5:11 AM